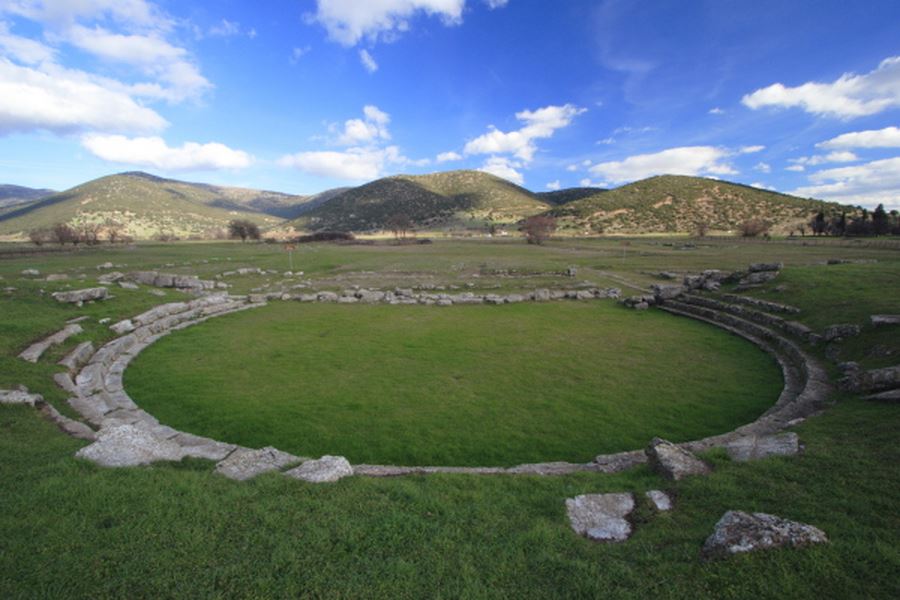 The archaeological site of Ancient Mantineia is 14 km from Tripoli on the plateau of Mantineia, at the Palaiopoli location. Ancient Mantineia was, along with Tegea, the most prominent cities of Arcadia, for a long time. The ruins of the ancient and most important city of Arcadia, according to Polyvios, were discovered during the 1887-1889 digs carried out by the French School of Archaeology. The archaeological site includes the Ancient Theater, the ruins of the temple of Zeus, the Parliament and the ruins of the Market.

The digs revealed almost the entire city wall with the towers and the gates (there were 126 towers and 10 gates) as well as the Market, a rectangular space where the city's main roads ended up. In one of the roads, Tegas street, there was a large gallery with pillars. Today, ten of them remain. During the same digs, an ancient theater was discovered close to the Market, with its stage still intact today. The digs also revealed the temples of Iraiou and Sotiros Dios, the Parliament, a wealth of sculptures (including works by Praksitelis) which are now kept at the national Museum in Athens, as well as a Byzantine church.

From the theater the stage has been dug out and is still intact, along with the orchestra and some of the lower boxes of the concave. The lower stands were at least seven. It is one of the few theaters in mainland Greece which required an artificial ground filling to create its concave, since the city was on completely flat ground. Spectators entered the concave through 4 entrances in the back of the semi-circular elevated wall, some parts of which still stand. The diameter of the elevation is 67 meters and the radius of the orchestra is 10.87 meters. The ancient theater is used occasionally today for theatrical shows.