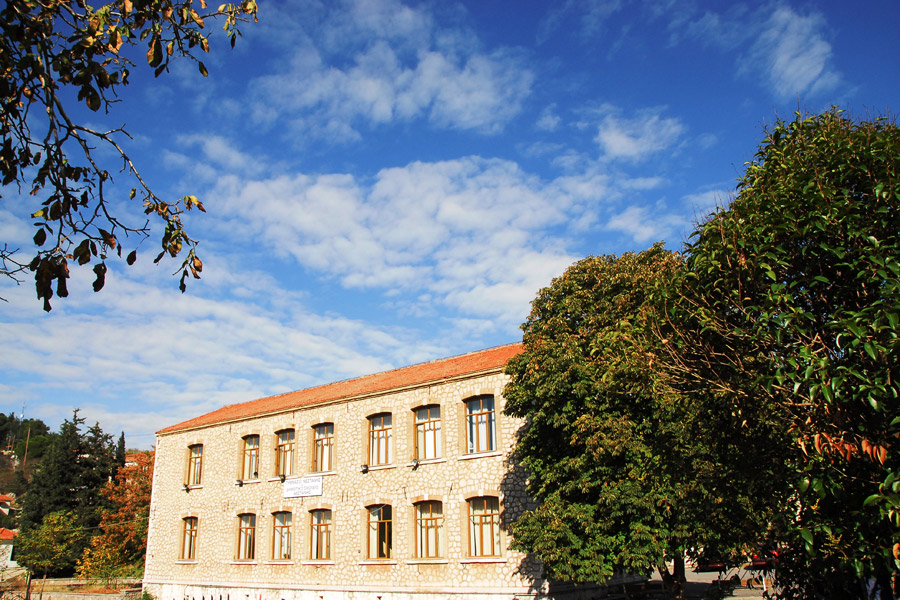 The exquisite stone school of Nestani is a donation of the great Greek benefactor Andreas Siggros, and its foundations were laid in 1912. Its construction lasted for more than 10 years, from 1922 to 1923, when it opened.

This marvelous building was very large, because Nestani (then called Tsipiana) was the area's town, with more than 3000 residents, while the school had more than 450 students. The design is by the ministry of Education (School Buildings Organization), with six extra large teaching rooms, due to the number of children, teacher's and principal's lounges, beautiful and spacious hallways, storage areas and other ancillary rooms, etc. Works took several months (over a year), since everything was done by hand back then.

It was built by special crews from the Ministry which handled the building of schools based on specific designs. As for the rest, such as the wooden parts (doors, windows, ceilings, floors, roofs, staircases, desks, boards, etc.), these were handled by a different local crew.

A similar school, but a lot smaller, was built a little later at Kinouria, Mesogeio Astros. It is visible and you can see it from the street on your way to the Astros beach.